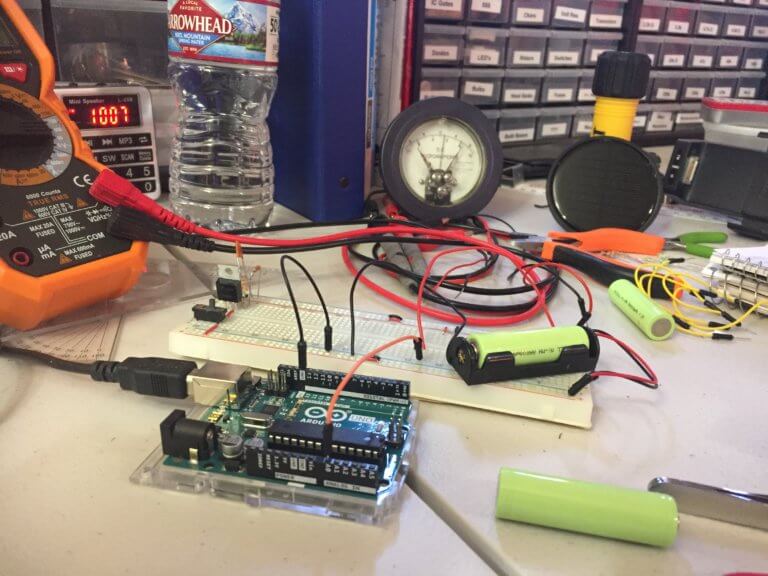 When you’re just getting started with programming Arduino, sometimes the simplest projects can be very instructive. This basic battery voltage reader put together by Pierce Harvey, a customer of Programming Electronics Academy since April of 2018, is an example of just that, a simple project designed to help him make sure he had some basic […]

What better way to use your programming and electronics skills than to help out your grandkids?  Especially if it involves PIR sensors, an Arduino Nano, and fart noises? You heard me right, Ken Deakman, a customer of Programming Electronics Academy since late 2018, wanted to enhance a stuffed rabbit with some sensors so that it […] 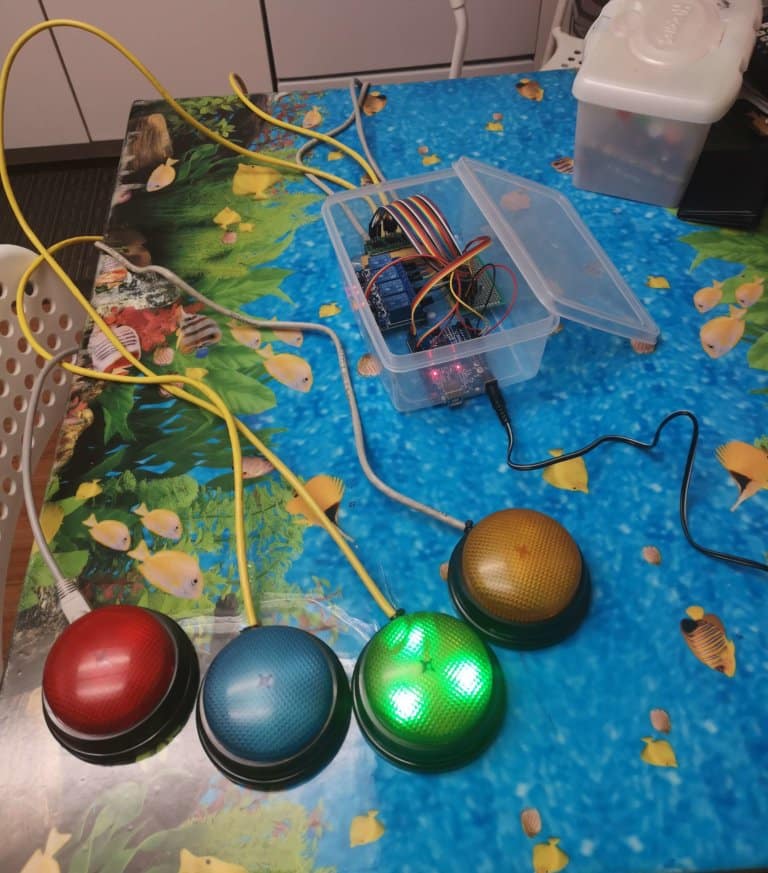 Jeopardy, The Price is Right,  Family Feud – who doesn’t love a good game show from time-to-time? Ever wonder how the buzzers in those game shows work?  One of our customers, Eleu Mangornong from Canada, wondered…and he was pretty sure he could make his own buzzer system with an Arduino. And that is just what he […]

Using wireless technologies with Arduino has never been easier.  Especially with hardware and software provided by 1Sheeld.  A customer of PEA training course, Ted Thisius, had put together this neat project using 1Sheeld and we wanted to share it with you. He has connected his shops garage door and his shop lights, with an Arduino UNO, […] 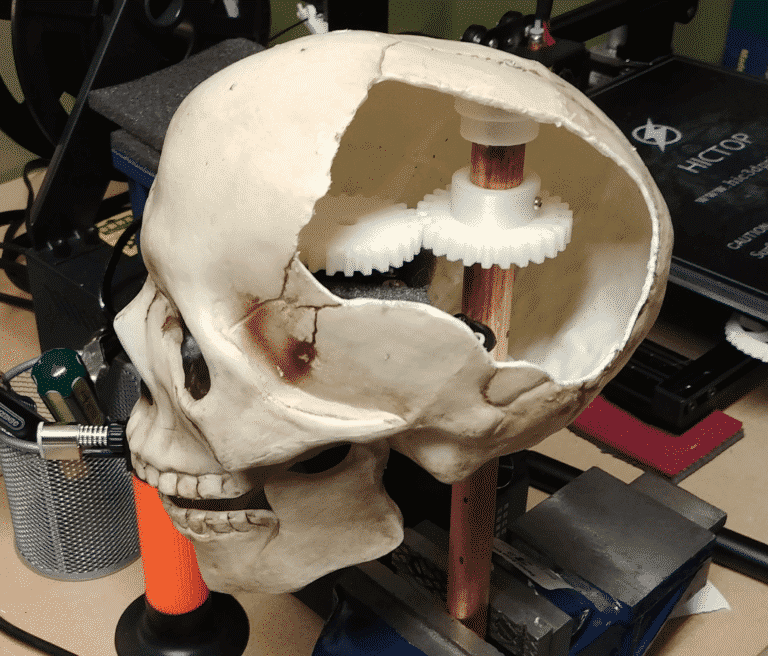 Who doesn’t need an Arduino controlled, battery operated, navigational, electronic sidekick that happens to be a skeleton? Well, I guess most of us…but not Dan Massey! He took a skeleton, made its head mobile, and turned it into a riding companion for his Jeep.  I can only imagine the looks he gets (and he gets […] 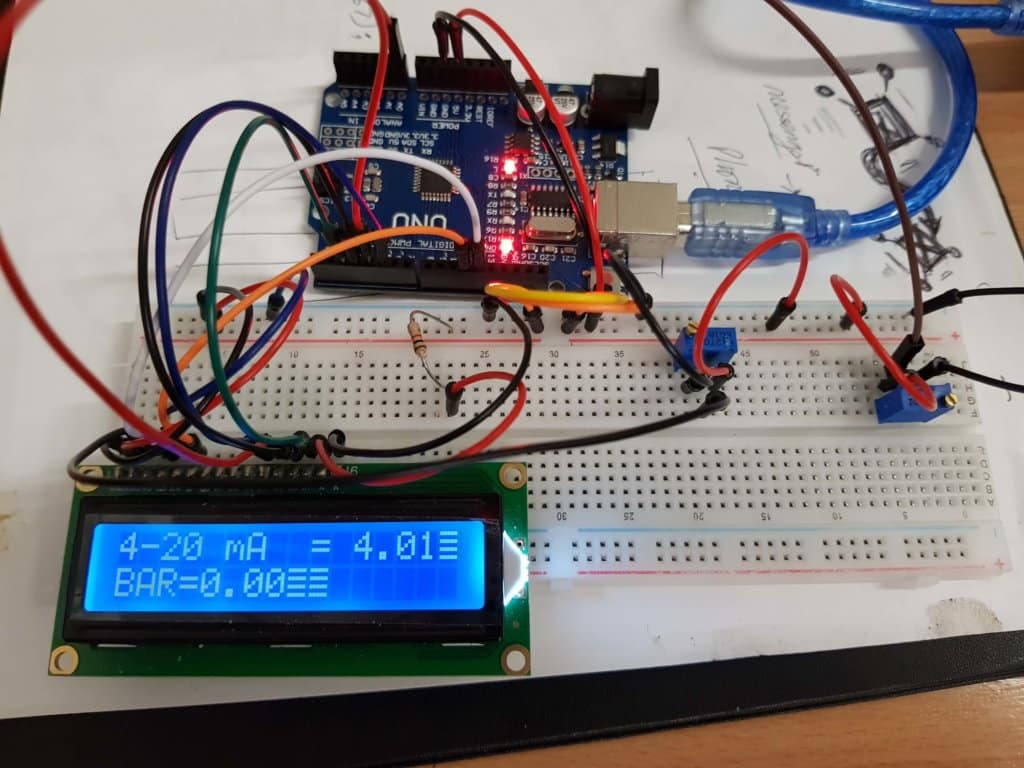 What better use of Arduino than to solve problems?  One of our academy members, Nigel Moody, wanted to make sure that the transducers he was changing out at work were actually the source of the problem.  (A transducer is essentially a sensor – it converts some form of energy into an electrical signal – so […]